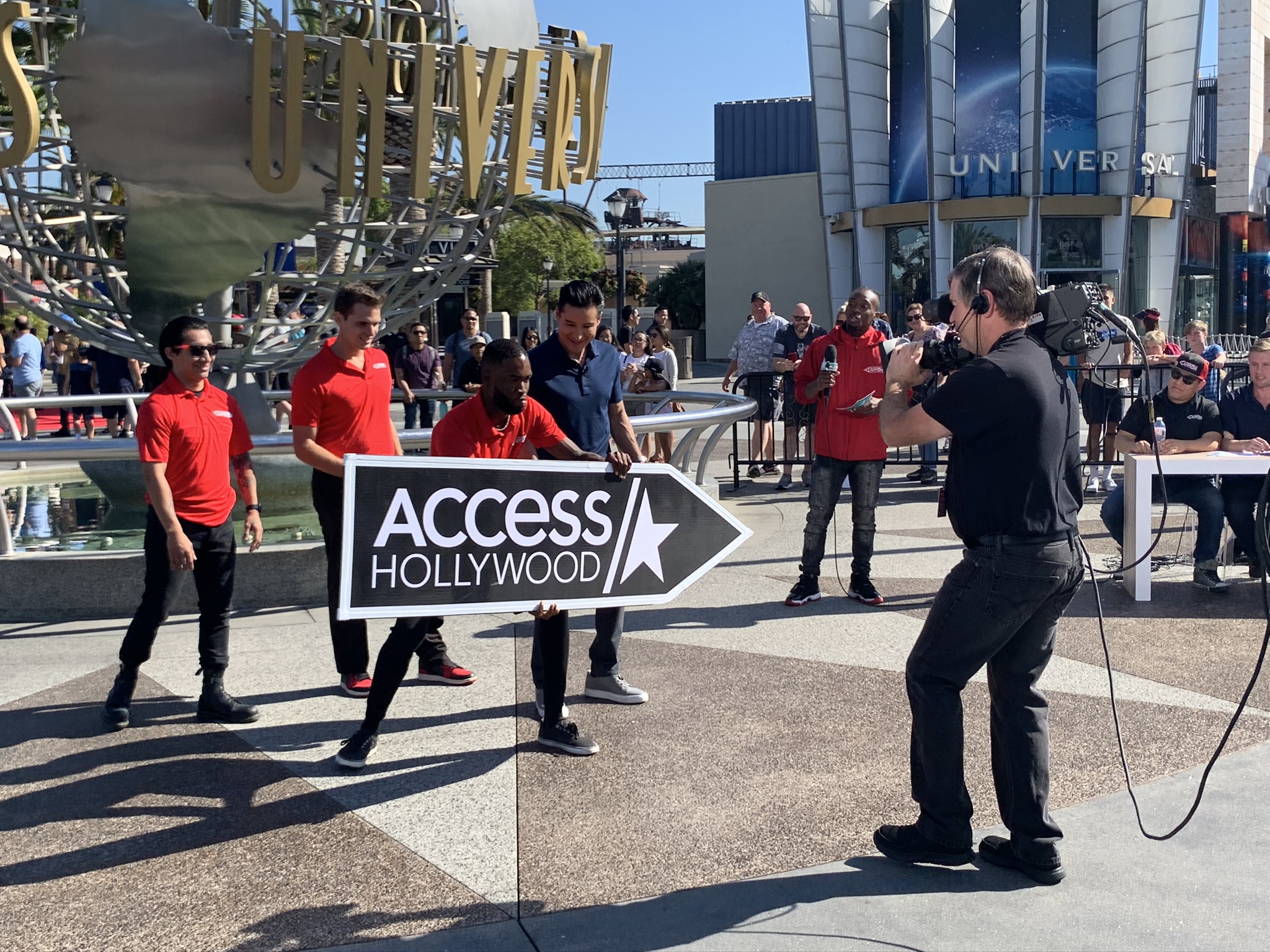 The energy was brimming as the best sign spinners through-out California came all the way to Los Angeles for the sign spinning showdown of the year. Some big names like Erik Argote, Davis Davis, Kyle Zack Blaylock, and Kadeem “Three Times” Johnson made it out to Universal Studios to unleash raw sign spinning carnage. Sign Spinning Veterans like Christian Altamirano and Day-Day made special guest appearances to MC and Judge. Even Mario Lopez stepped into the ring and, SPINS. THE. SIGN! Of course there was a rare sighting of AArrow Co-Founder Mike Kenny on the premises, watch out for that perfect hair!

Out of all these ruthless sign spinners, there can only be one champion; and that was none other than our resident Jamaican, acrobatic, sign spinning phenomenon, Kadeem Johnson! Johnson took out the competition and made it look easy, half the round he was either upside down, or in the air. It’s really hard to keep track of what this guy can do with a sign. Shout out to everyone that turned out, and we’ll see you in Las Vegas this January!