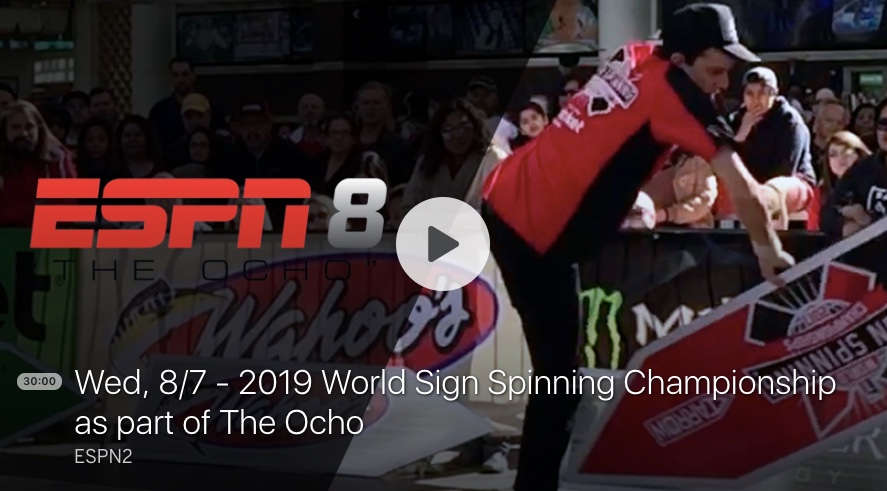 That’s right! The 2019 World Sign Spinning Championship is now available to stream on ESPN on demand! The program originally aired during Wednesday August 7 during the ESPN 8: The Ocho as part of their coverage of non traditional sporting events. Join the millions that got to watch the 2019 WSSC on national TV and check it out on ESPN on demand, TV log-in credentials are required.

Since the beginning, one of the core missions here at AArrow was to have sign spinning be recognized as a sport. We named the tricks, host local and regional competitions, established different teams in different cities, and since 2007, we have been hosting the World Sign Spinning Championships in Las Vegas. The WSSC was aimed to create an epicenter of culture for our athletes to not only go head to head and battle, but to also share the sign spinning cultural experience. ESPN featuring our 2019 WSSC is a major milestone for not only AArrow the company, but sign spinning the sport as a whole and it is a dream come true to have ESPN recognize as a sport!