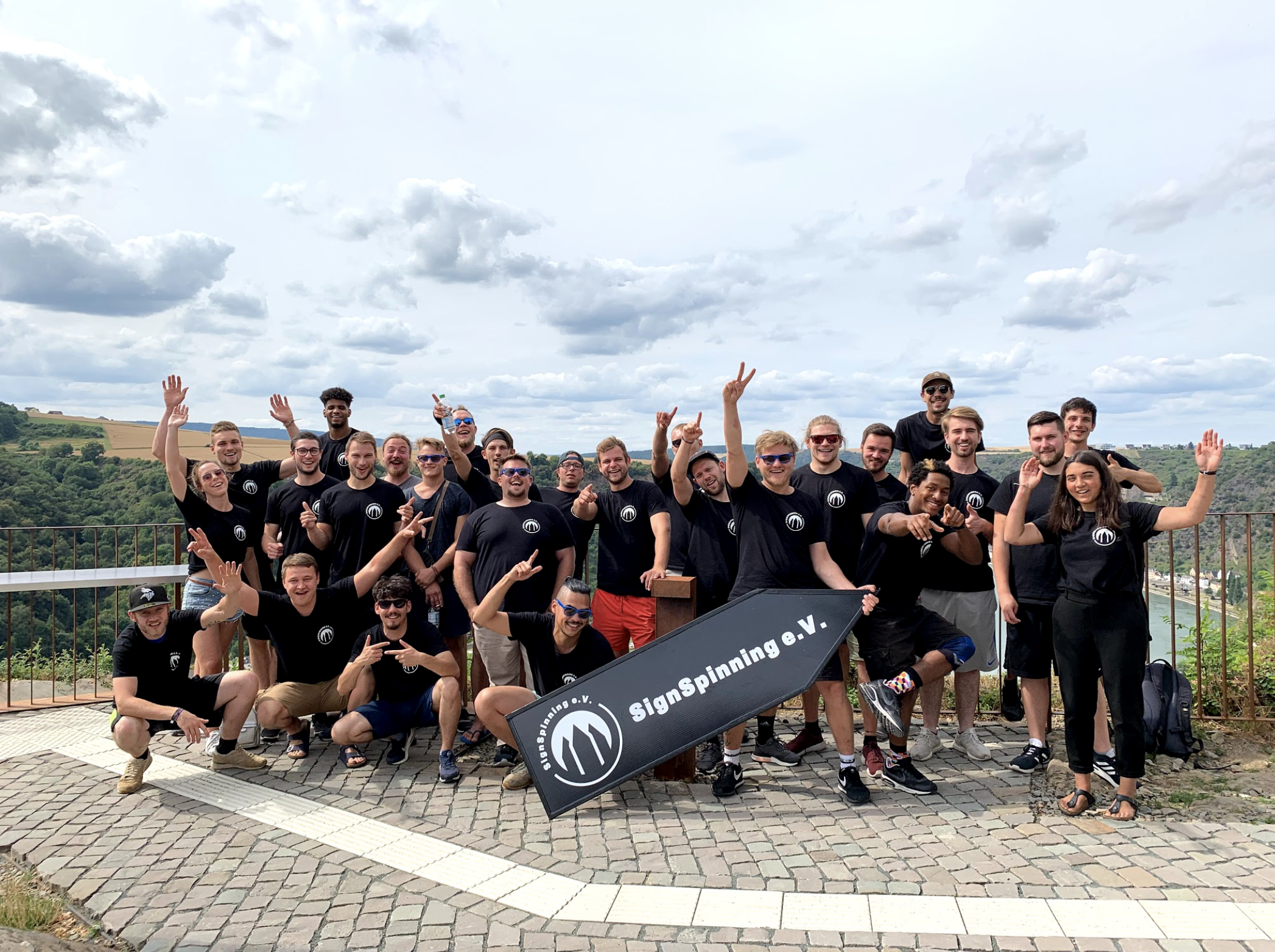 That’s right, not only do sign spinning championships exist, but they also take place in Germany. This year, 2019 World Sign Spinning Champion Matt Doolan and viral YouTube sensation Rico El-Lis traveled all the way to Europe for the AArrow Germany Sign Spinning Championship! Matt and Rico would arrive to meet Team Germany at a rural house in the German countryside in St. Goarshausen, right next to the Rhine river. Matt and Rico would then lead sign spinning workshops everyday leading up to the actual competition itself, a perfect duo to bring the tricks! Matt and Rico would share their 20+ collective years of sign spinning knowledge with team Germany all while experiencing the German culture for themselves, (not just beers and bratwurst).

On the day of the competition, the team would relocate to Wiesbaden to have the competition in Kulturpark (Culture Park) which is conveniently located next to a concert venue. All of the training paid off as this years competition was the fiercest yet, so many new tricks and combos; many learned the days prior. Ultimately there could only be one German Sign Spinning Champion, and after the dust would settle only three spinners would remain. In 3rd place was Jan Stern, taking 2nd place was Lucas Meyer, and owning the title of #1 was no other than Sören Knauft! A victory that was a long time in the making, as Soren has been honing his craft for the last 4 years, getting better with each year. After the competition; Matt, Rico, and Sören had the opportunity to get on stage at the concert taking place with over 4,000 people in attendance! Gut Gemacht, alle zusammen! Tchuss!