You are here:
BlogWashington D.C 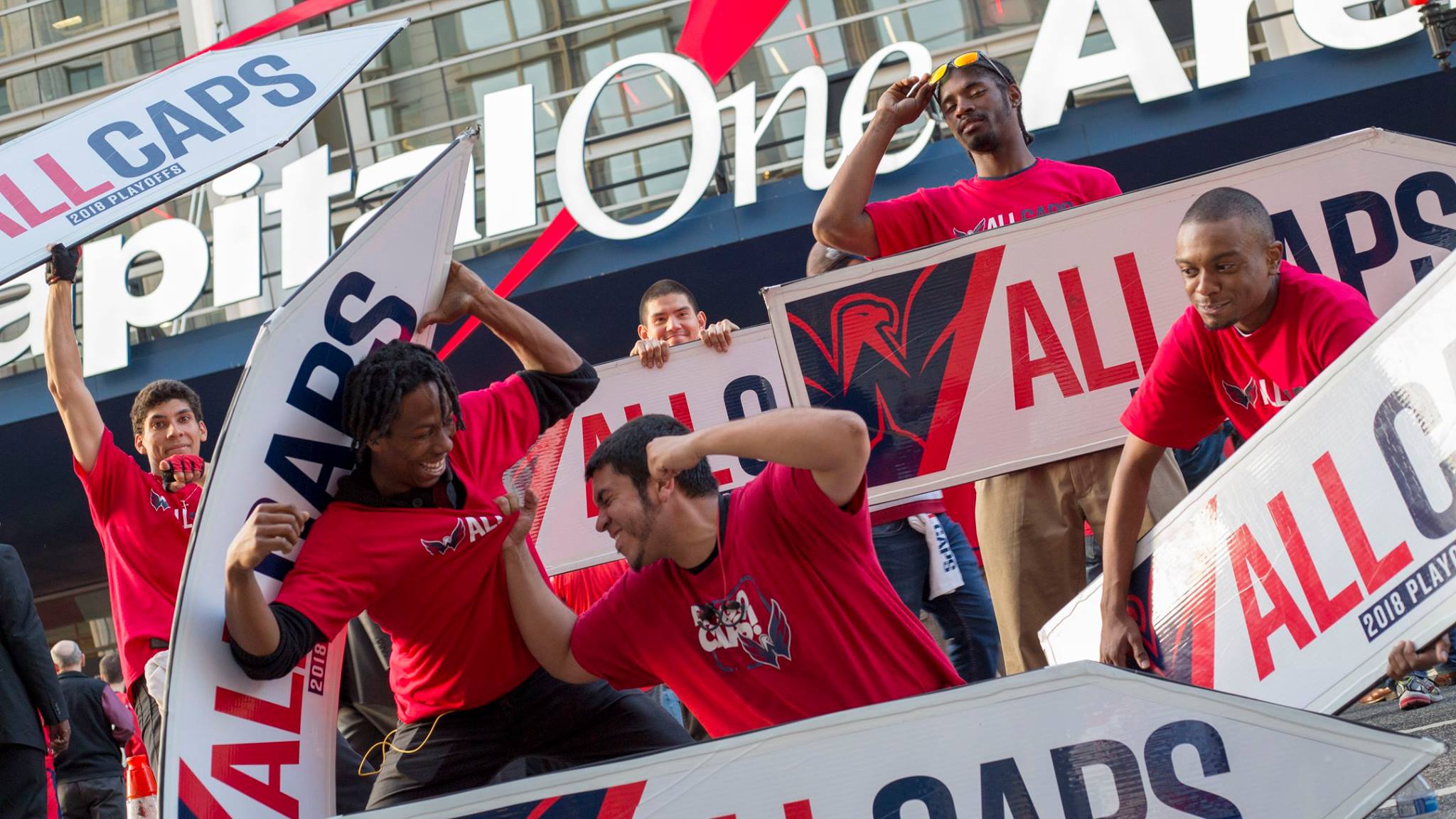 The NHL’s reigning Stanley Cup Champion Washington Capitals know how to hype up their crowd in style. The world famous AArrow Sign Spinners were hired once again to direct traffic and hype the home crowd in and around the Capital One Arena. Washington Capitals have used sign spinning as a creative way to add street performance and local talent to their home game mix. Sign spinners were placed in key areas showcasing their stuff, offering waves of high-fives as fans poured in for the game. The energy was tremendous! 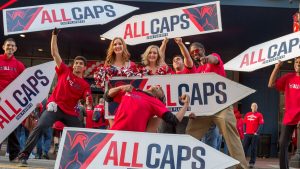 Emotions run high when sign spinning for the Washington Capitals

The Capital’s took it to the brink with the Carolina Hurricanes making it to a decisive game 7. Tensions would run high as this was the decisive moment, would they make it? Alas, after a valiant effort and 2 overtimes the Cap’s fell short losing 4-3. The Stanley cup has escaped the caps yet again as hockey season would come to an end in Washington D.C. Keep your heads up Caps fans, there’s always next year!
AArrow Sign Spinners has had the opportunity to be a part of major league sports several times. We’ve spun signs for most major league sports teams and in some cases, even get invited to spin during half time on the court. Whether it’s promoting a product or service at the event itself or being hype patrol for the team, AArrow Sign Spinners have been there!
Click here to see other times AArrow Sign Spinners have partnered with sports teams!
Click here for the full video!

Sign Spinning is the perfect hype patrol for the Capitals!