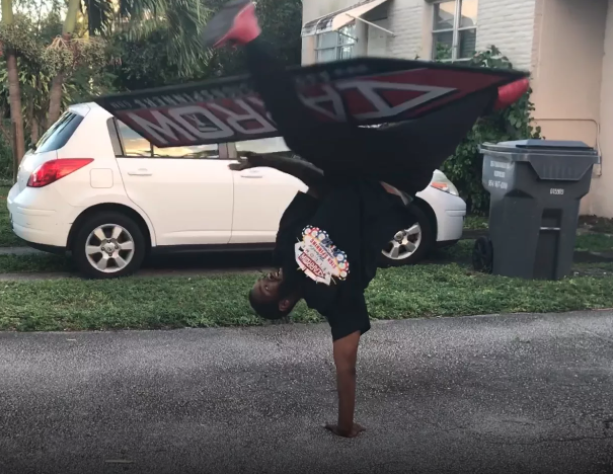 And that’s a good thing.

Durovic, the founder of AArrow Sign Spinners sits at the top of an unusual advertising empire.

He doesn’t harvest people’s attention via television or on the radio, he does it using the human form on the side of the road.

Durovic reinvented the sign spinning form and turned it into a sport.

15 years after he founded the company, Durovic now has 2,500 sign spinners working for him across the world in 35 global markets.

He is also doubling down on South Florida, a market that he feels could soon rival his top earning areas.

The company recently opened a new office in Hollywood.

That office is managed by Kadeem Johnson and Kadeem Grant.

Both Johnson and Grant are Jamaicans who met Durovic while he was attending graduate school in Washington, D.C.

Both are also considered to be soon of the top spinners in the world.

Johnson is even a three-time world sign spinning champion.

They have a world championship in Las Vegas every year.

This company fits right at home in South Florida.