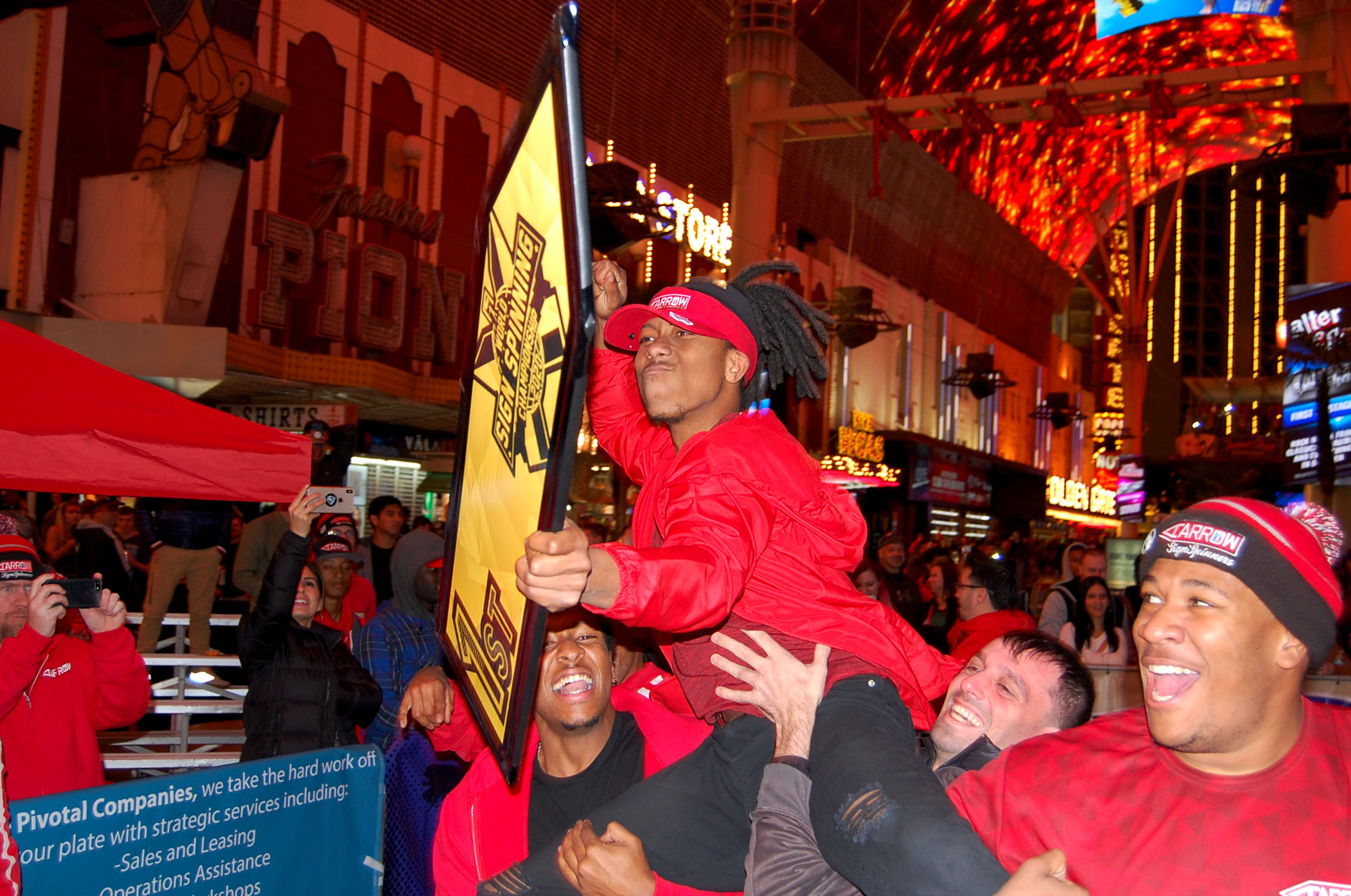 60 sign spinners would be chopped down with each passing round, to 25 and then ultimately 10 would remain. The competition would be fierce but Kendric was playing for keeps. The 10 best sign spinners remaining would all have scores within a fraction of a point of each other, this would definitely be the toughest competition yet. Kendric would ultimately distinguish himself from the rest with his original arsenal of tricks and his damn near flawless performance landing near perfect scores. It was an undeniable victory and Kendric would take home the title of World Sign Spinning Champion for the year.

Kendric Washington, 22, has been spinning for roughly 6 years since he got started in highschool and currently resides in his hometown of Hyattsville, Maryland in the DMV area. He was skateboarding past a sign spinner one day after school, when he (Neldon) offered him a job. He thought it was pretty cool and perfect timing since he was looking a job so he could buy the latest video games and have some teenage pocket money at the time.

Sign spinning was a perfect fit for Kendrick because he comes from a strong dance background, which is why he keeps his cool during his rounds at the competition. He was drawn to sign spinning by the expressive tricks but the kinetic movement and workout keep him going. He’s typically jamming out to Lo-Fi hip hop when he’s out spinning signs and his favorite tricks are the Straight Jacket, Jamiacan-Me-Crazy, and Back-To-The-Future. When he’s not spinning sign he typically likes to spend his time skateboarding or traveling the world.

In fact travelling is one of Kendric’s biggest passions in life, he has even spent 2 months in Japan. It’s one of the biggest appeals to being part of AArrow, to be able to travel to all the different markets for sign spinning. One of his biggest goals is to be the face of the AArrow business on the East Coast and one of his biggest drivers is to keep learning about the business. Kendric is an all around team player and key motivator, he wants to make sign spinning on the East Coast bigger than ever!

Aside from the sign spinning world, Kendric tries to keep moving regardless. He’s always trying to learn something new and always reading a new book. One of his secrets to his success is to eat his vegetables, in fact his favorite pizza is the vegetarian deluxe. His favorite Pokemon is Groudon and when asked if he had any words of wisdom for the people and sign spinners ever where, he said: “Be persistent, work hard, don’t give up, and persevere! Don’t listen to the demons in your head, just keep going. So many times I wanted to give up, but I didn’t; and I wouldn’t be here if I did (give up). Keep moving forward, don’t stop!”

Click here for the official rankings of the WSSC!

Click here to check out Kendric’s interview on NBC!

Click here to check out Kendric’s article in the DCist!

2020 World Sign Spinning Championship – A Special Thanks to the Sponsors!
January 31, 2020