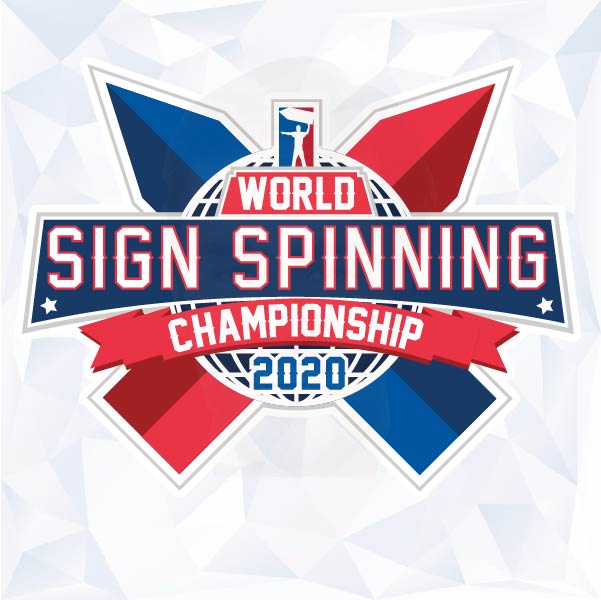 The 2020 World Sign Spinning Championship is among us and this Friday and Saturday in Las Vegas, Nevada; a champion will be crowned. This year is looking bigger and better than ever before (I know we say that every year.) Over 75 different competitors from 30 different cities and 7 different countries will have their chance to showcase their skills, but there can only be one champion. Who will take home the title, prize money & merchandise, and the bragging rights for the whole year?

Don’t miss the action and watch the live stream on FB here.

The best sign spinners from all corners of the world have been training all year for their shot at the title. Each competitor will showcase their own unique moves, drawing inspiration from acrobatics, martial arts, skateboarding, dancing, and other extreme sports and performance arts. Don’t blink, because the action happens so fast. There will be many new faces this year and many familiar ones stepping in the ring, even past champions will make their way to Fremont Street to try to regain their title as the World Champion Sign Spinner. Follow their stories below!

Interested in hearing more about the World Sign Spinning Championship? Click the links below to feel the energy from 2019 where Long time sign spinning phenomenon, Matthew Doolan, rose the ranks to victory! The action was so incredible, it was even aired on ESPN!

Where are the World Sign Spinning Championship competitors coming from?

Competitors come from all over the country and many from overseas, all for their chance to compete. Click here for a complete list of AArrow Offices to get an idea of how big the AArrow Sign Spinning family really is. Some spinners even get a chance to visit other markets and travel across the world doing what they love!