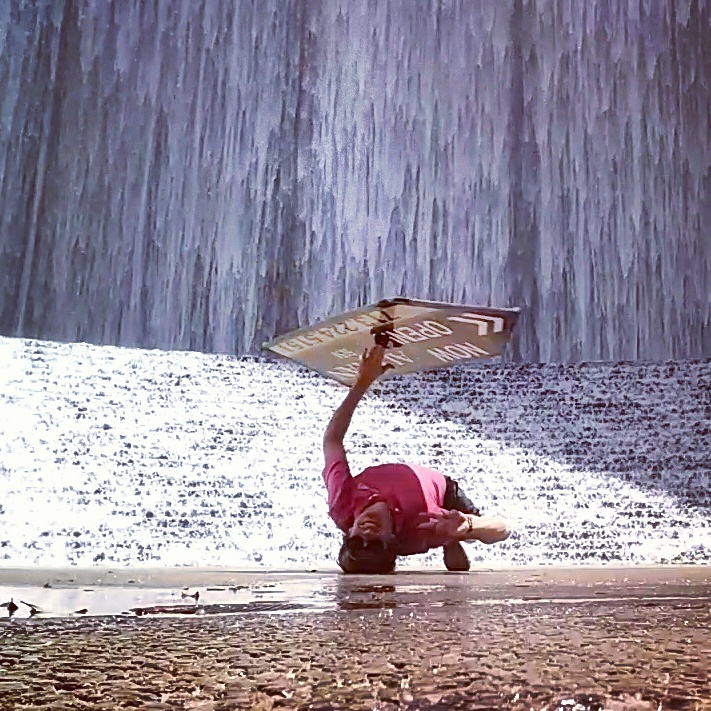 It’s time to recognize one of AArrow’s favorite up and coming sign spinners that may not get a lot of recognition or shout outs among the rest of the intense spinners in Texas. This spinner in particular always gets the job done whether the weather is dumping rain or triple digits with full humidity. He’s definitely a client favorite and the #1 requested spinner in his market. All the way out to Houston for this months winner! Thank you for all the hardwork and dedication Travis Hoyt, you are September’s sign spinner of the month!

While he may not be the flashiest spinner or the most technical or acrobatic, he makes up for it with his shining work ethic and smiles through the daily grit. Definitely the kind of character qualities we like to acknowledge and embellish here at AArrow. He likes to describe himself as basically the Charlie Chaplin of the sign spinning world. He says he feels alive as soon as he touches a sign and he is definitely one of the most interactively entertaining spinners out there.

He was initially drawn to AArrow obviously because of the company culture and sign spinning sport but he has stayed for the team camaraderie. Like many young people out there, he was always struggling to find his place in the world and grew up somewhat an outcast; he’s even joked about being picked last for dodge ball in school. That all changed when he joined the AArrow family and he’s definitely found where he belongs. Sign spinning for Travis is a creative outlet and while he says he may not be the best at other hobbies, sign spinning is definitely something he excels at and one day he hopes to be one of the best!

Originally from Houston, Travis “Caveman” Hoyt has been sign spinning for 7 years, 5 years at AArrow and 2 years before as a self taught spinner. Since starting, he’s spun more hours in his market than almost anyone. He’s usually rocking out to steam punk or any other eclectic genres of music when he’s out on the corner and Charizard is his spirit Pokemon. He’s also in the “pineapple on pizza” club and his favorite pizza is Pineapple and Bacon; truly a man of class. He hopes to one day place in the top ten at the World Sign Spinning Championships and now he’s closer than ever after placing 4th at the Texas Sign Spinning Championships over the summer. His favorite tricks are definitely anything involving helicopters, but his number one has got to be the exorcist. One day, he aims to move up in the company and manage a market of his own, but until then he is doing what he does best, staying humble and spinning!