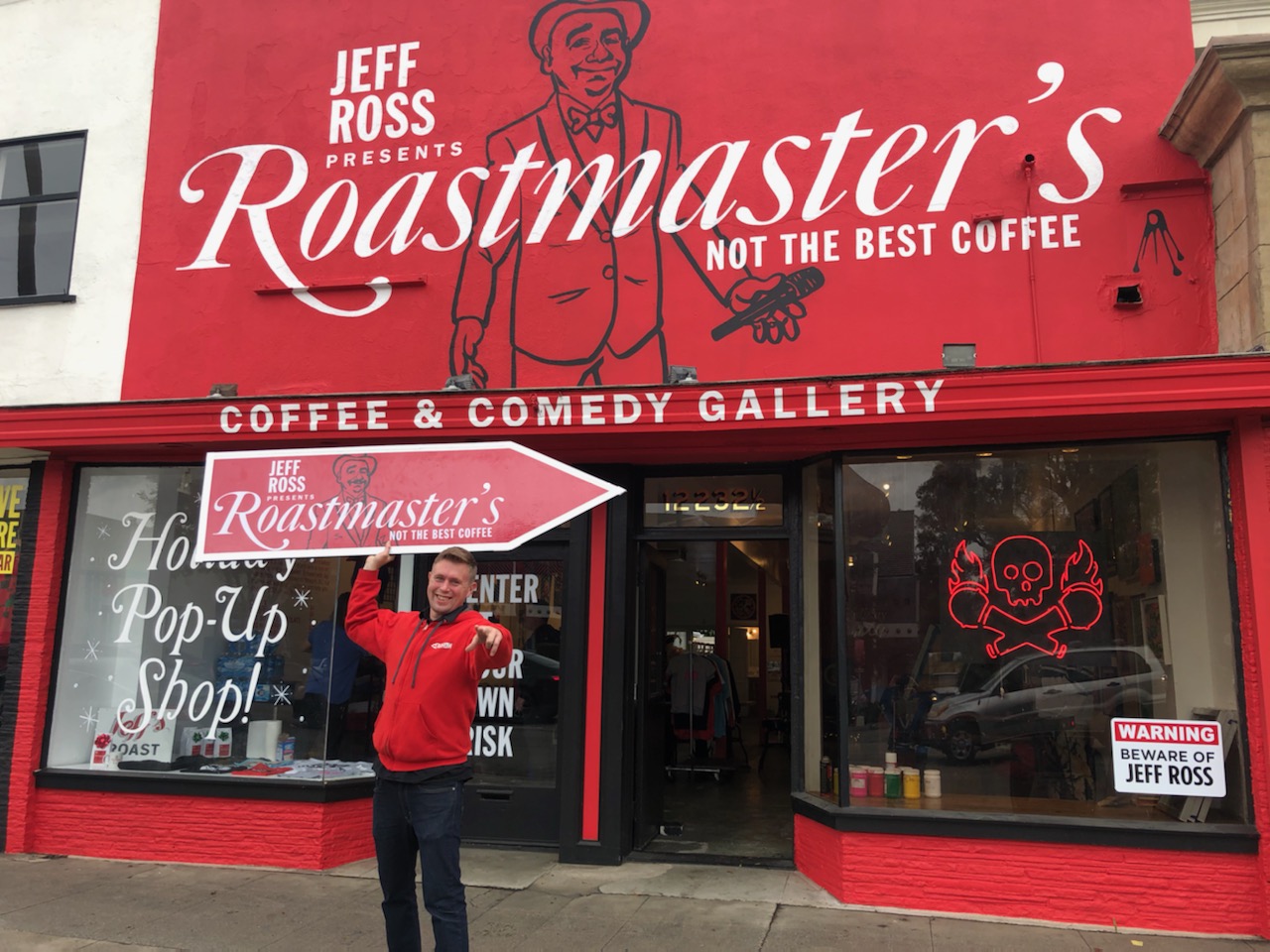 Jeff Ross opened a pop-up coffee shop and used sign spinning to get the word out!

Los Angeles, CA – Comedian and Certified Roast Master, Jeff Ross, opened up a pop-up coffee shop and comedy club in Studio City over the weekend. And the name of the place, Roastmasters, very appropriate since it’s slogan was “Not the best coffee.” Roastmasters featured Coffee, Hot Chocolate, Gifts, and comedy; perfect place to some roasts with your roast. So you can imagine, sign spinning for Jeff Ross was hilarious!

To get the word out, they did the right thing and called the pros and got the real-deal AArrow Sign Spinners to get insurmountable attention. None other than sign spinning legend, Justin “Just-Spin” Brown, was on the seen and bringing the obnoxious ridiculous shenanigans we know and love him for. Anyone who knows Justin Brown personally knows that Justin is full of jokes and comical stories. One time, he even drifted a shopping cart to prove a point! What a way to compliment comedy with comedy. Definitely one for the memory books, thanks for including us Jeff!