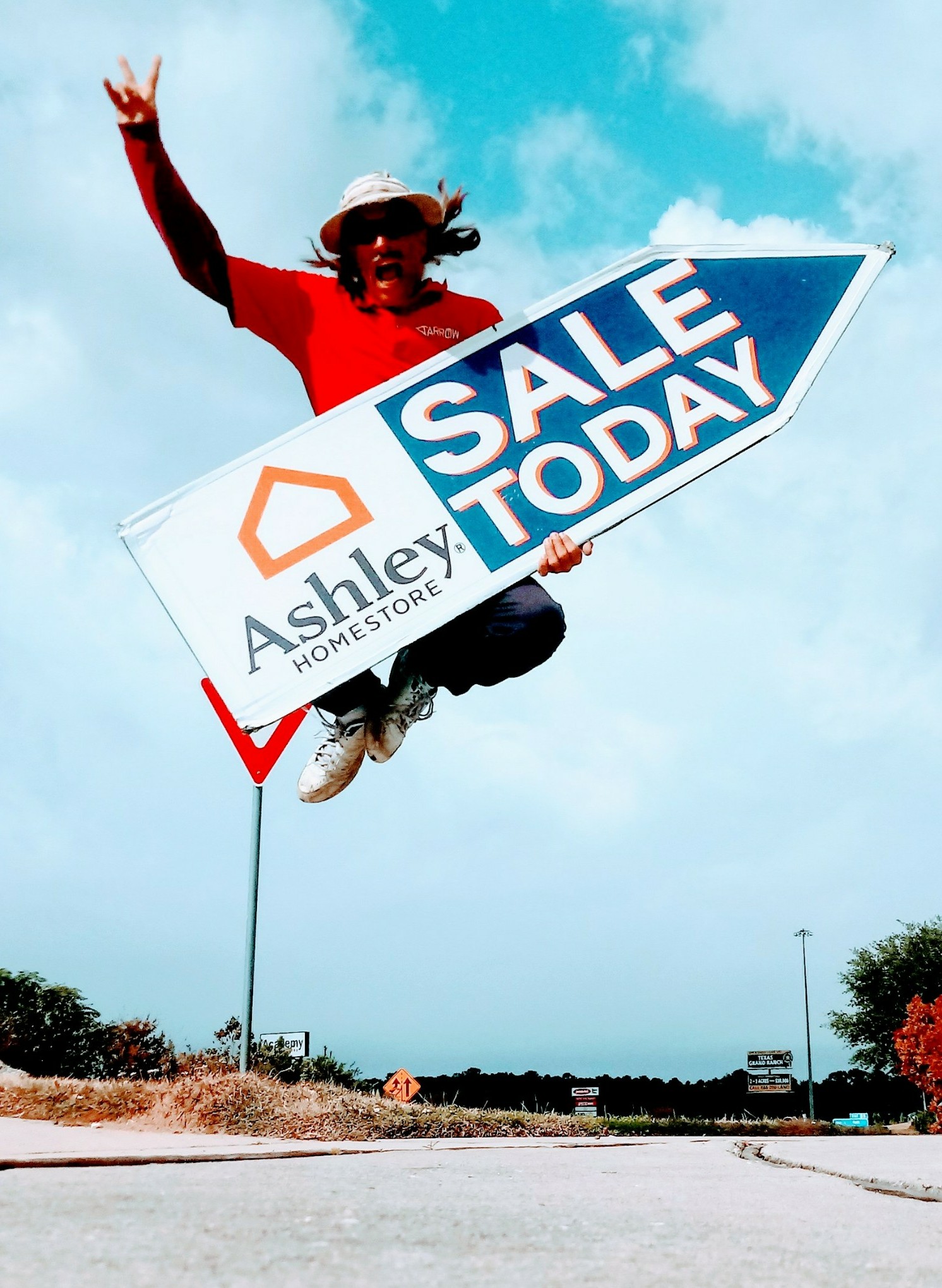 As you can already tell, we have sign spinners from all kinds of different backgrounds that come together to do what they love, spinning signs. This month, we are going all the way back to Houston, Texas; a market that just cultivates sign spinning talent. We want to recognize one of our core team players that does anything to get the job done, and also personally sees to it that other spinners get to and from work, safe. He’s a grandfather and a musician, but age is just a number because he brings it just as hard as any of the teenagers and 20 year old spinners. Joe Zamecki, you are February’s Sign Spinner of the Month!

Joe has been spinning signs since 2011, originally getting started as a sign spinner in Austin. But his first sign spinning experience wasn’t with AArrow, it was with another knock off company that just wasn’t able to get off the ground. They would watch AArrow videos in a park trying to recreate what we did, but it’s a lot harder than it looks. Joe was the best sign spinner at the park on his first day, he was initially motivated by watching the 311 music video, Hey You, starring World Sign Spinning Champion Matthew Doolan. Joe already knew that being a sign spinner would be a lot of fun, since he was a fan of 311 and an avid musician himself. He’s been playing the drums for over 20 years and has been in dozen of bands playing around the Austin area. For him, this was a natural fit since he’s a ham for the attention he gets when he’s onstage and on street corners, he’s got quite a stage presence.

He would eventually get going with AArrow in the Austin area in 2012 and ultimately move on to the Houston market. He is a client favorite and always receives colorful testimonials for his beaming work ethic and positive attitude. Joe is a non-stop entertainment machine, and everything a sign spinner should be. He’s famous for getting the largest tip in AArrow history (over $500)! His favorite sign spinning tricks are anything with a helicopter and high tosses, which he combines with his signature energy and dancing. “I used to hate to dance, but now my dancing makes me money!” Zamecki’s playlist includes Classic Rock & Roll from the 70’s and 80’s, some disco, and some funk; hence all the dancing.

When Joe isn’t being a sign spinner, he’s either at his landscaping (he loves working outdoors) or playing music, aside from drums he plays guitar and bass as well. He has an acquired taste for pizza and cites anchovies, pepperoni, and sausage has favorite pizza combo. When asked if he has anything for the rest of the spinners out there, he says he’s obnoxiously known for one word, Teamwork. “I’m a team player and some might just talk about it, but for me, I’d rather be about it. I help other spinners out and keep the Houston business moving. I personally make sure that spinners get to work and get home safely.” Joe is definitely an asset to the team, and makes it look easy considering he’s in his 50’s. But for Joe, age is just a number and you are as young as you feel. Thank you so much for all you do Joe, looking forward to some more!