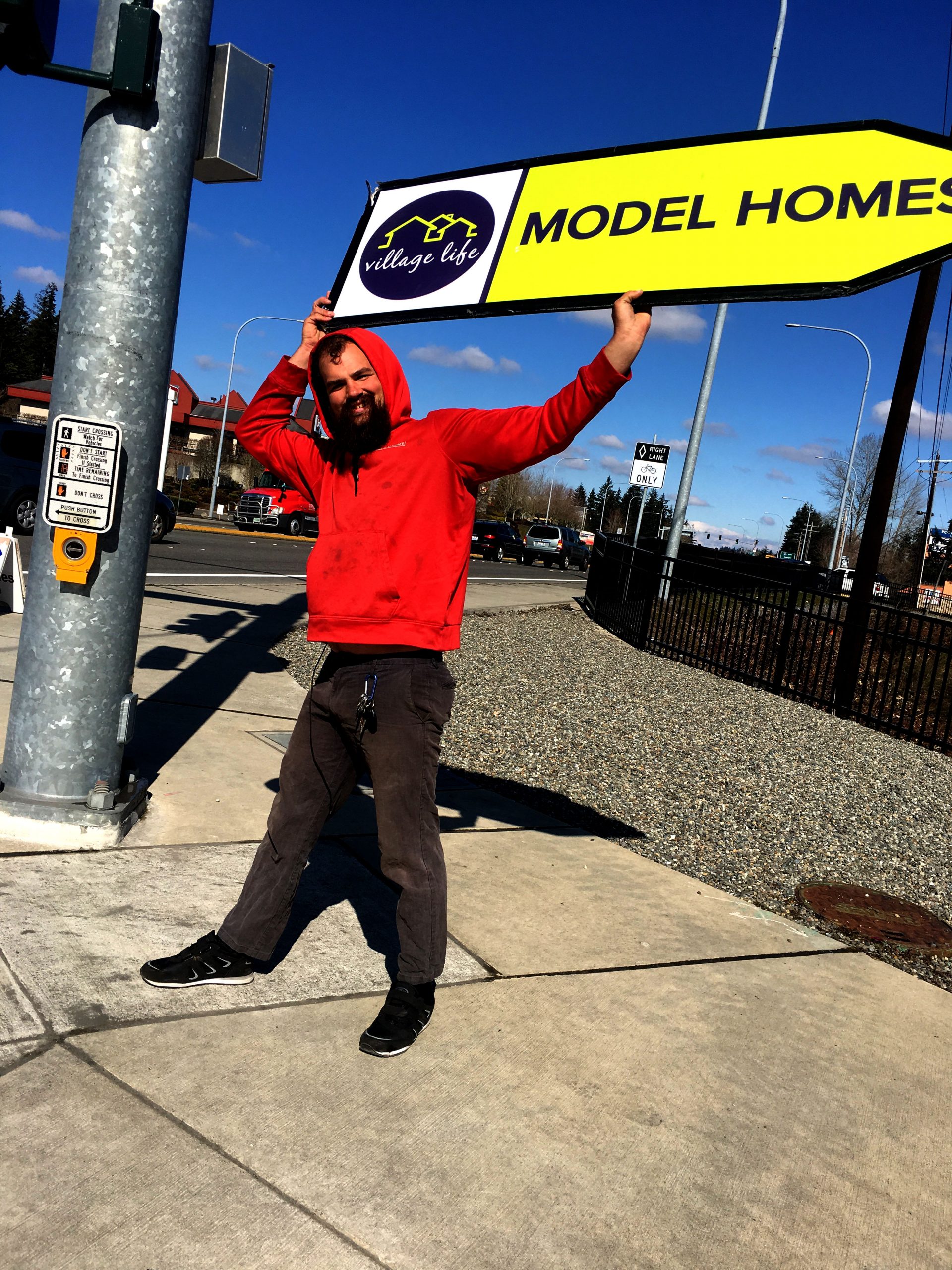 All the way to the Pacific Northwest for this month where the air is crisper, and so is the sign spinning. We want to recognize a sign spinner who not only spins out there no matter the weather, but a team player, and all around all-star. Kevin Palmer, you are December’s sign spinner of the month!

Kevin, 29, is born and raised in Tacoma, Washington; that means he’s used to the harsh elements that the Pacic Northwest throws at him. He’s been a sign spinner for about 5 years and was originally a part of Creative Ads before they joined up with the AArrow clan. Originally it was all about getting a job, but now it’s the tricks that keep him going. He’s all about the fun and interaction with the people.

When Kevin isn’t spinning he’s either Netflix and chilling or doing some DIY repair projects. He says he enjoys all kinds of music and his favorite sign spinning tricks are head-spins and body ties. He’s always honing his craft, hoping that he does better in competitions because it can be tough with the pressure on. Kevin doesn’t discriminate his pizza toppings, so it’s all good with him. Kevin’s message for any sign spinners out there is to not be afraid to change things up and try something new. Wise words of wisdom, thanks Kevin and keep it spinning!

Click here to check out last Month’s Spinner of the Month!