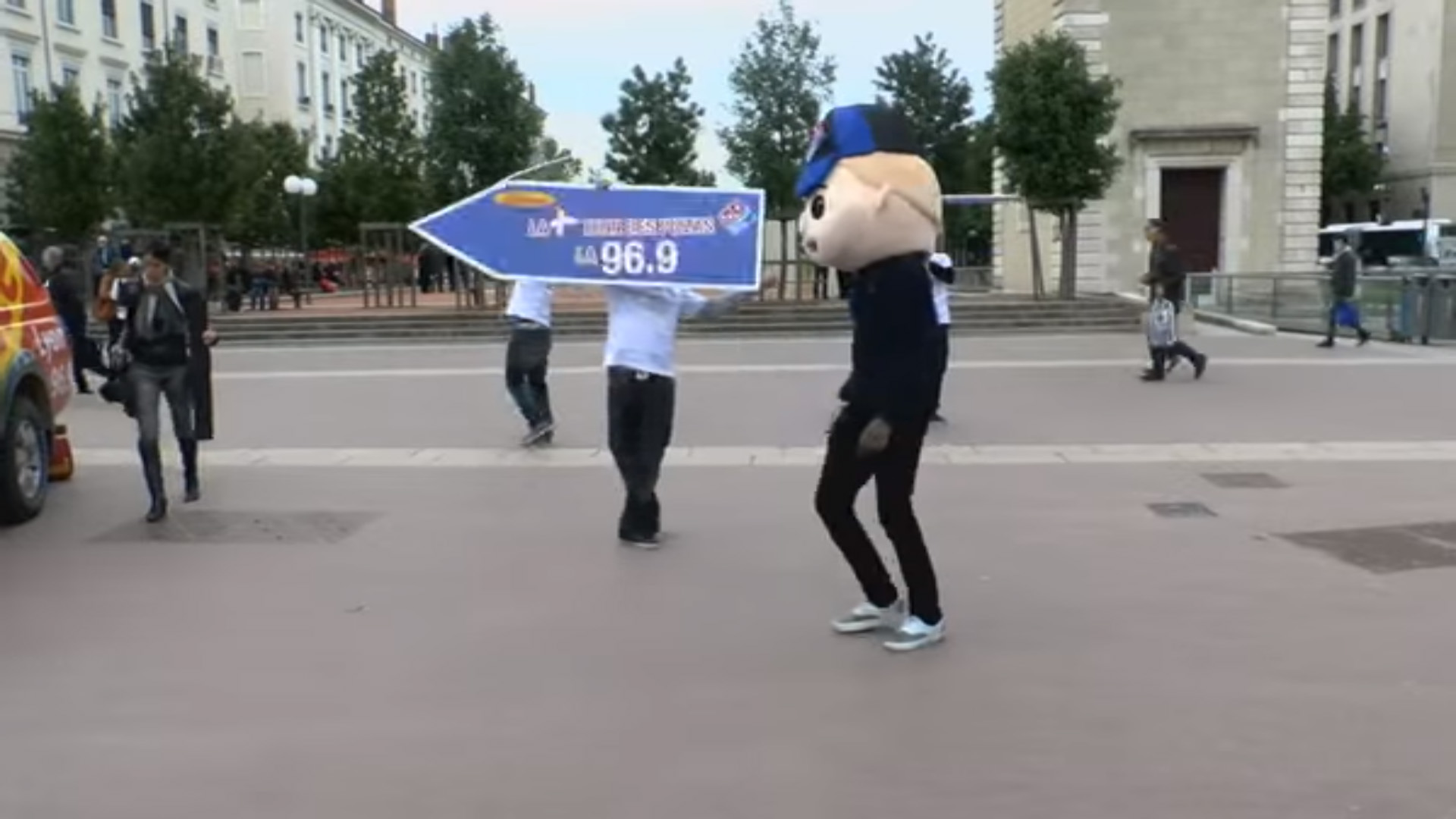 By now everyone’s seen the sign spinners out on the road. They hold up signs for apartments, strip mall restaurants, and all manner of stores to get your attention, and your money.

They seem like cheap gimmicks, because surely they’ve never gotten you to go wherever it is they wanted you to. Right? But sign spinning, or “human directional” as it’s called in the business, actually works. The trick, as is the case with most advertising, is getting a good return on your investment. As the guys in the clip pointed out, it’s more than simply holding the sign. You have to make a show of it.

Billboards cost thousands of dollars a month and don’t give companies much leeway in terms of controlling the message, or at least changing it. But a human directional may not cost much more than an employee, and you can deploy them for just a few hours at a time.

It’s not entirely clear why the human directional ad works. Perhaps in this digital world and ad that is interactive works better than something that is static. The best sign spinners get the attention of people in traffic by pointing, smiling, and doing some quite spectacular tricks. Interactive ads are gaining popularity in all kinds of formats, especially online. It stands to reason that in the real world this would work too.