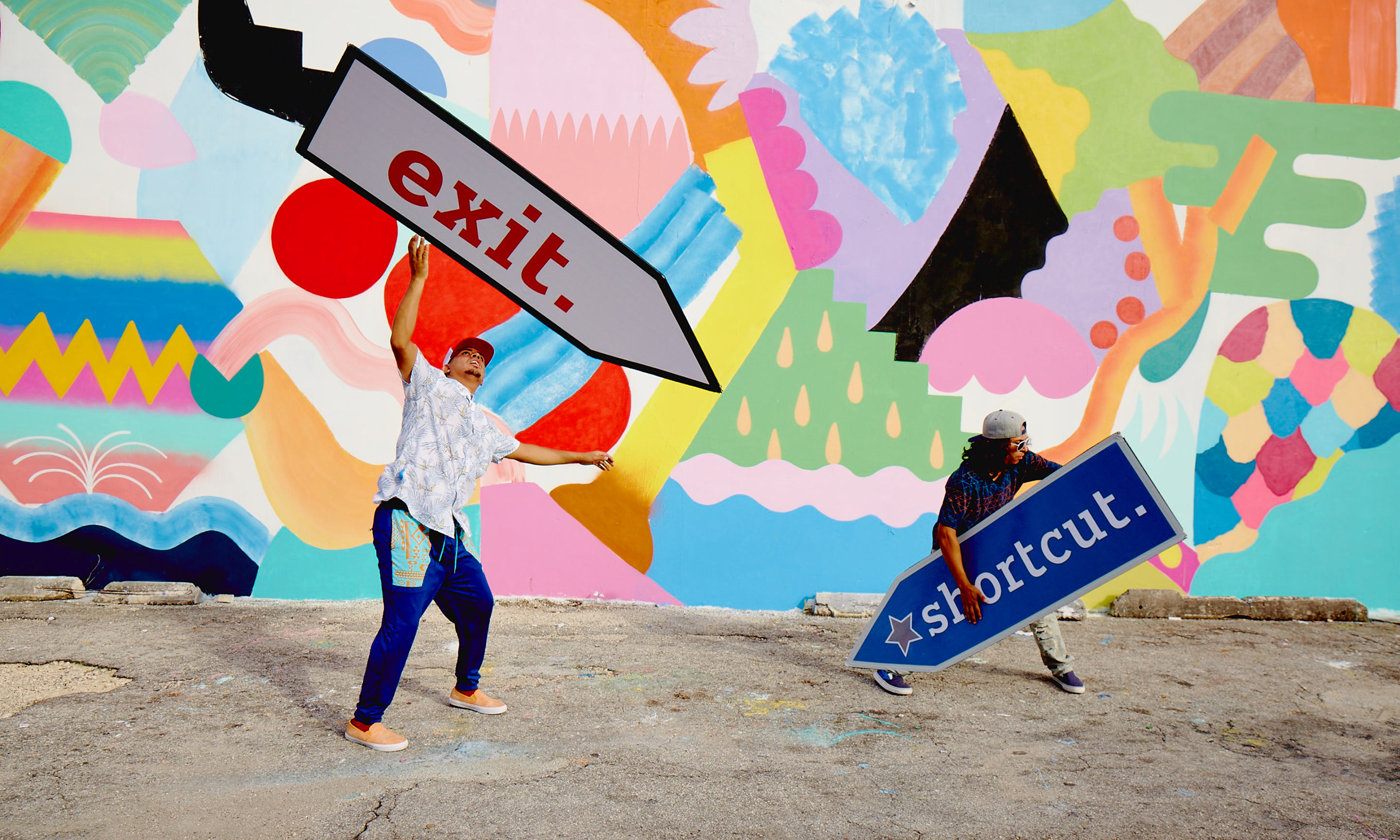 The world’s first-ever virtual reality test drive of the new smart fortwo cabrio brims with excitement, wherever you look. The 360-degree clip highlights the benefits of the urban sunseeker – and what to expect of virtual reality.

That huge grin. The one you spot on most people’s faces when they first try on virtual reality gear. Their facial muscles reflect straight away what their senses transmit to their brains. And it’s still there when they switch off the specs: that special grin. A grin that says, “whoah, what was that?” In a way, virtual reality turns us into avatars with 360-degree views while recorded life carries on. Yet no other medium gives us the same sense of physical presence, of being right in the midst of it all. No other artificial imagery feels as authentic.

VR, as it is usually abbreviated, is nothing less than a visual revolution. A premise and vision shared by renowned director Philip Haucke, who shot this 360-degree virtual test drive for smart. “It’s your very own experience, since it’s also your very own, inimitable point of view.“

Above me, the Miami skies 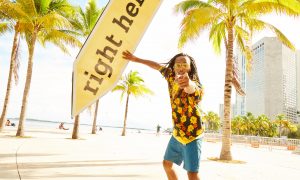 “Let your city in.“ captures this spirit to perfection. The moment I don the VR glasses in grey and overcast Berlin, they take me straight to the smart cabrio’s passenger seat. Above me, the roof is open and Miami’s striking sky awaits. To my left, a young female driver addresses me directly. Here, I am no mere viewer or extra, but the main protagonist.

The driver talks about a place she really wants to show me. Our leisurely cruise takes us down the promenade, heading for the skyline of Downtown Miami, sandy beaches, palm trees, and seagulls. Although I have never been here before, everything feels remarkably real. People on the sidewalk give us a friendly wave and I immediately want to return the favor – even knowing how silly that would make me look, back here in my office.

We pass a kind of portal that takes us straight to the other side of town. Now, street art covers the walls of the low 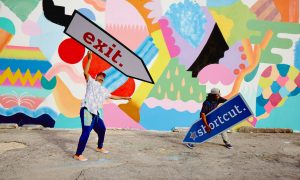 warehouses flanking the street. Here, in the district of Wynwood, Miami reminds me of Havana or Panama City – most of the residents speak Spanish. The street is bustling; people are dancing. I find it hard to take it all in; my eyes are assaulted by the sheer wealth of details. It would take at least five pairs of eyes to capture it all. After two minutes of overwhelming impressions we look for a parking space. We have reached the end of our test drive – but I need another round.

Your first foray into virtual reality is less about taking in all the details and more about processing the overall experience. Like being able to take a normal look around. The sensors on the glasses transmit the tiniest tilt or head movement to the virtual realm in real-time. Or like realizing that, when you look down, you have no visible body. The latter I can easily handle – it means no legs blocking my view of the black-and-white smart cabrio seats. I would have felt like the odd one out, anyway, as the only one wearing jeans on this balmy day.

“While not every fictional story suits the benefits of a 360-degree sensation, the possibilities are mind-blowing,” director Philip Haucke explains. There are already countless of apps, mostly for newer smartphone models. For a quick, immersive spin, try one of the rollercoaster simulators. Or opt for a more high-brow experience with this performance by Beck, recorded using a special 360-degree rig and an elaborate surround sound microphone set-up. Meanwhile, the first few documentaries and editorial features have already seen the light of day. Not to forget a growing string of narrative-based films. For a ride in the smart fortwo cabrio around the sun-soaked metropolis of Miami, VR feels almost tailor-made.