Houston is one of the fastest growing cities in the country. It’s expected to surpass Chicago as the 3rd largest city in America. It would be an understatement to say that Houston is huge. Well everything is bigger in Texas; the cities, the food, and especially the sign spinning culture. They were definitely talking about Houston when they said that. That is why Houston is a perfect fit for the AArrow Sign Spinners.

The Houston AArrow Sign Spinners are some of the most notorious sign spinners in the world. An outdoor job in Houston is not for the weak, so only the strong survive spinning signs in Harris county. Spinners in Houston regularly brace the heat, the humidity, and the storms, but what doesn’t kill you only makes you stronger. That’s why Houston sign spinners are some of the best in the world. They regularly place in the top 10 at the World Sign Spinning Championships in Las Vegas and they even dominate the local Texas Sign Spinning Championship every summer.

Since getting started in 2013, Houston has grown to be one of the number one markets for sign spinning. Quickly surpassing all other of the markets just in sheer volume and size. Because spinners were literally everywhere, it was only a matter of time before people would take notice. Sign Spinners have been featured on several news stories like Localish, and Houston Now. Rico the Sign Spinner even had his famous viral video recorded in Houston, which was featured on Tosh.0!

Several Houston sign spinners have been featured as Sign Spinner of the Month for their amazing accomplishments in the business. AArrow Houston has been providing high paying jobs to the community since getting started. It can be a challenging job, but equally rewarding when you have some experience. Apply online or request a quote to hear more!

Watch Jonathon Curry and Horatio Moreno of AArrow Houston bring the traffic in for Cricket’s newest location in Alief, TX!

We’ve all seen sign spinners on the corners of sidewalks flipping and twirling away, but most have probably never seen talent this good before! Watch as a promoter in Houston, Texas takes sign spinning to a completely new level.

Calvin White, Eric Mayo and Colby Kelly are all headed to Las Vegas this weekend to compete in the 2017 AArrow Sign Spinning World Championship.Watch as the three Houston spinners show off some of their moves before taking off for the competition. 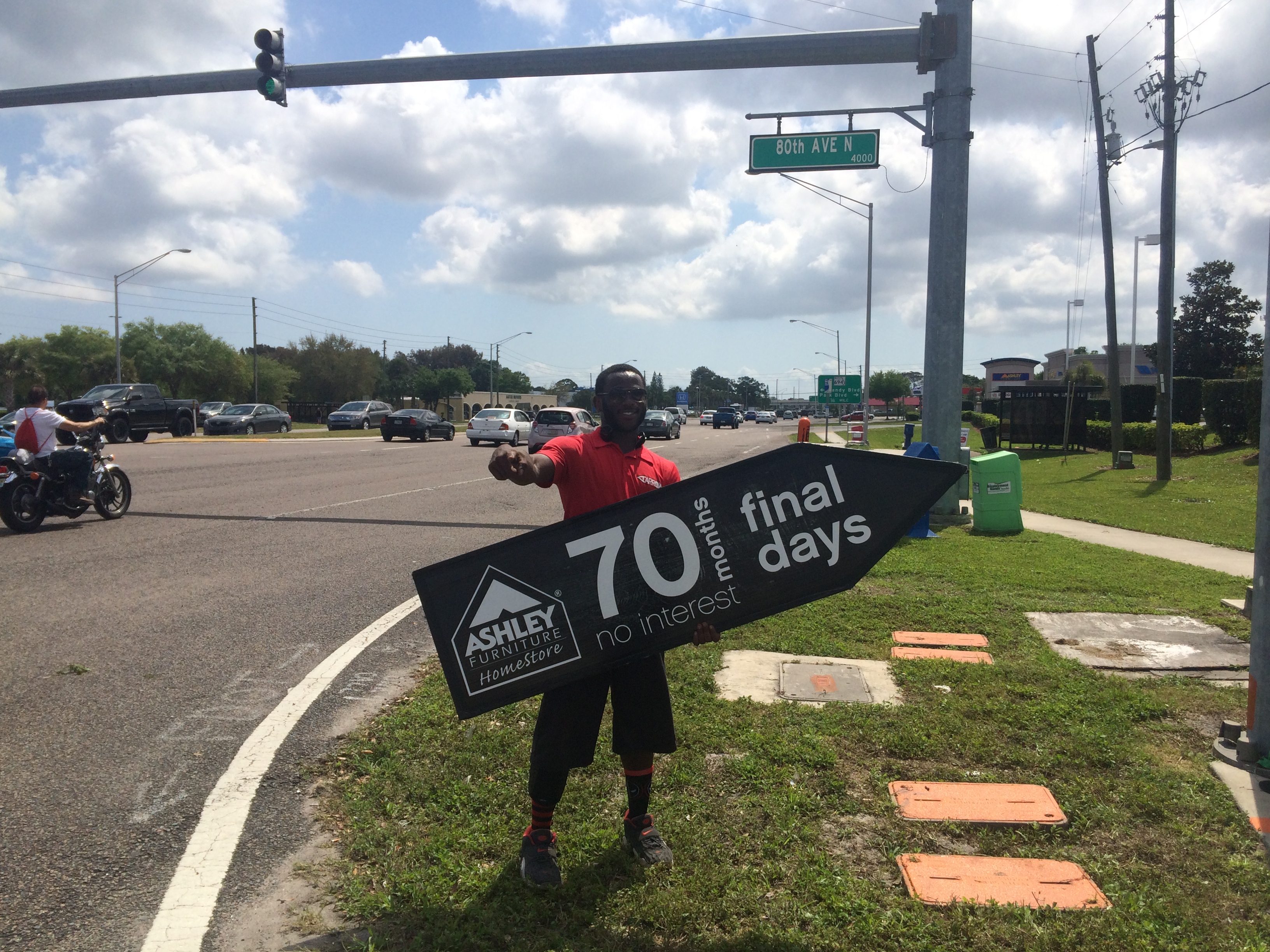 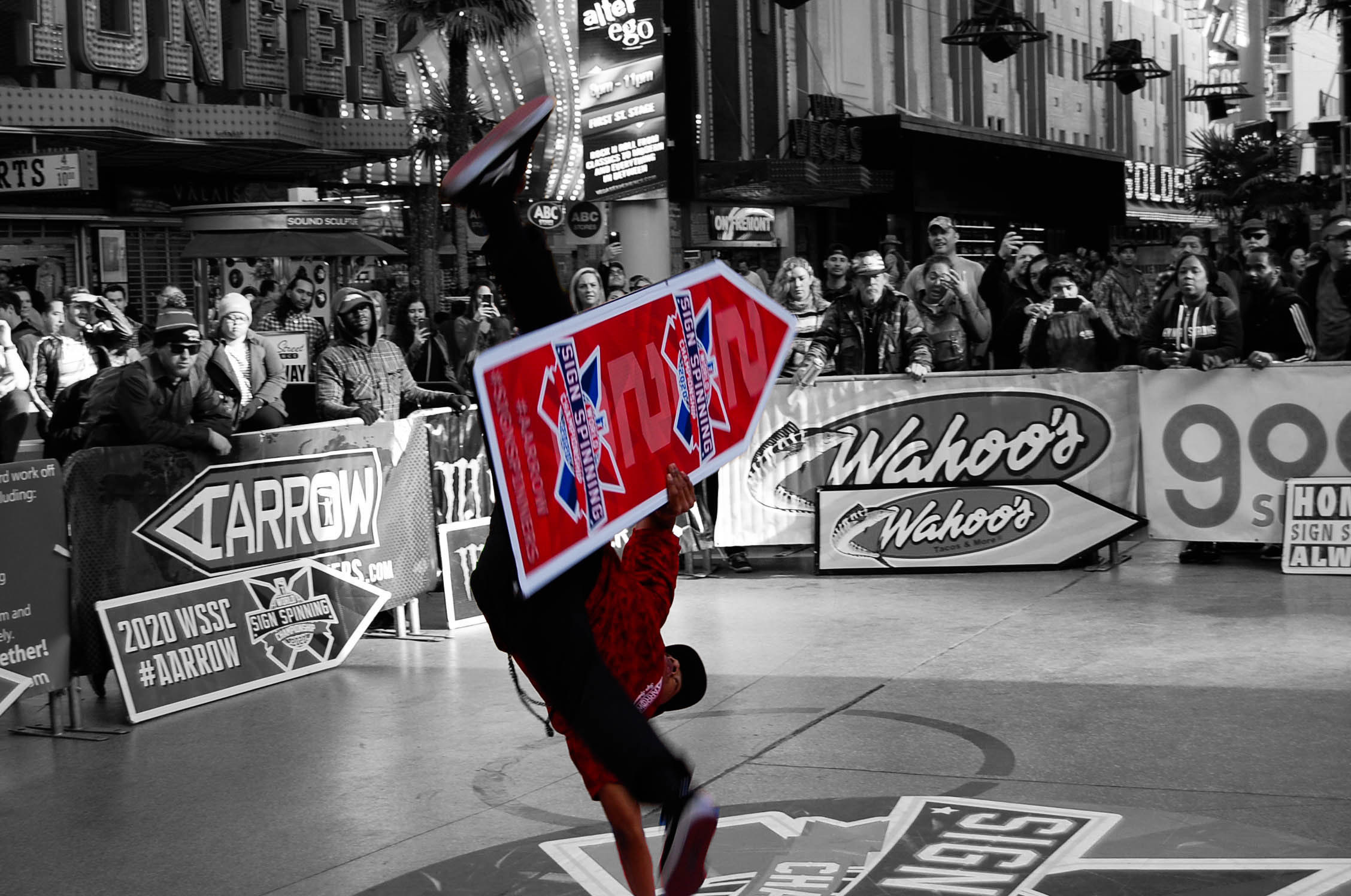 "​Hi Carlos- I just wanted to let you know that Joe the sign spinner that has been here has been doing an awesome job, he is always on time and we have gotten lots of lease when he is here."

Hello Jonathan, First and foremost I wanted to say that Travis is doing an amazing job at Alexan Yale Street! For the time period of 07/28-08/24 38% of our traffic has been property signage which we have closed on 41% of our leases with the same marketing source. Congrats!

"We love having Darius here, he is an amazing Spinner, and always on top of his game!"

Michael, I literally do not have words for how priceless you are. Not only are you hilarious, but your customer service is insane! If you are ever in Houston, I would love for you to come do a commercial and speak on customer service. And let's reschedule for next Saturday at Barker Cypress. Thank you!

Ready to join a team of sign spinning street corner rock stars driving potential customers to businesses? You have come to the right place! Inquire about job openings with our Houston office through the form above. 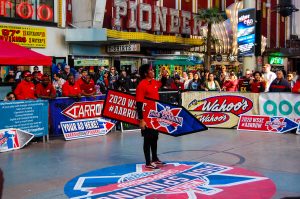 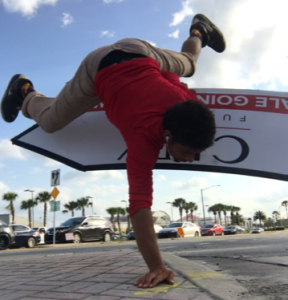 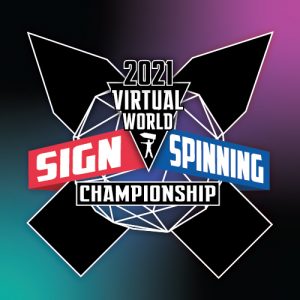