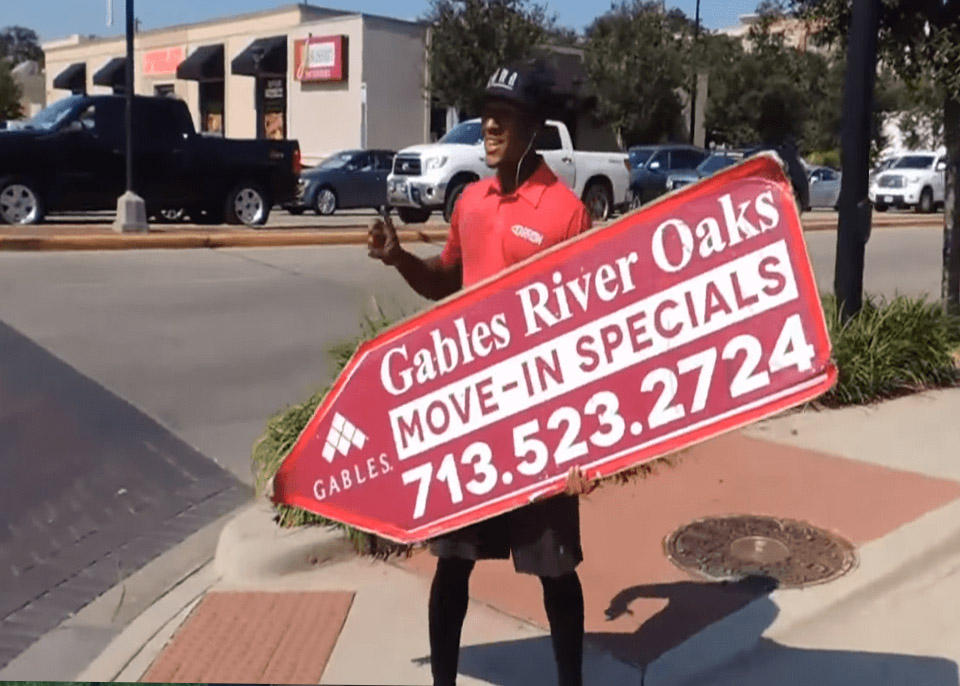 Rico El-lis was spinning on a nice normal day in Houston, entertaining traffic for Gables River Oaks.
A stranger approached and asked to film Rico’s talent. This is not out of the ordinary for an above average sign spinner like Rico.
What happened next was definitely extra-ordinary. His video was uploaded later that evening, and within hours, it had gone viral.
The next day, Rico was contacted by several media organizations asking him to appear. He was flown out to California to film on Comedy Central the next week.
The original video now has close to 6 MILLION VIEWS, and is still going! Not bad for a quick video on his corner!