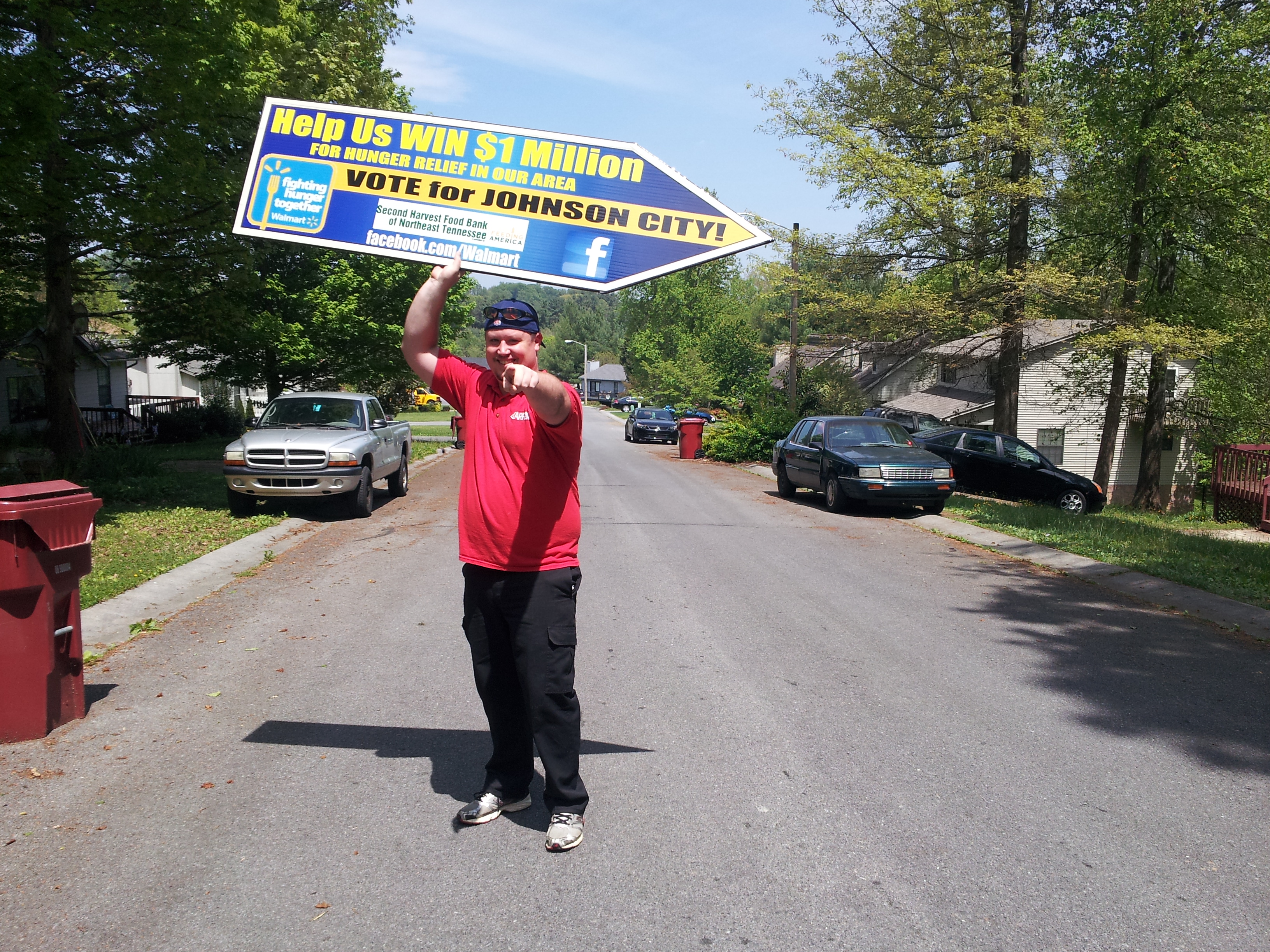 AArrow Advertising of Tennessee is partnering with the Second Harvest Food Bank of East Tennessee to help win Walmart’s Fighting Hunger Together campaign.

Now has come the time for citizens and fans of Johnson City to push even harder to win much needed food supplies for local food banks.Starting Thursday April, 26th, AArrow Sign Spinners will hit the streets to help get the vote out. Please look for us and vote for Johnson City!