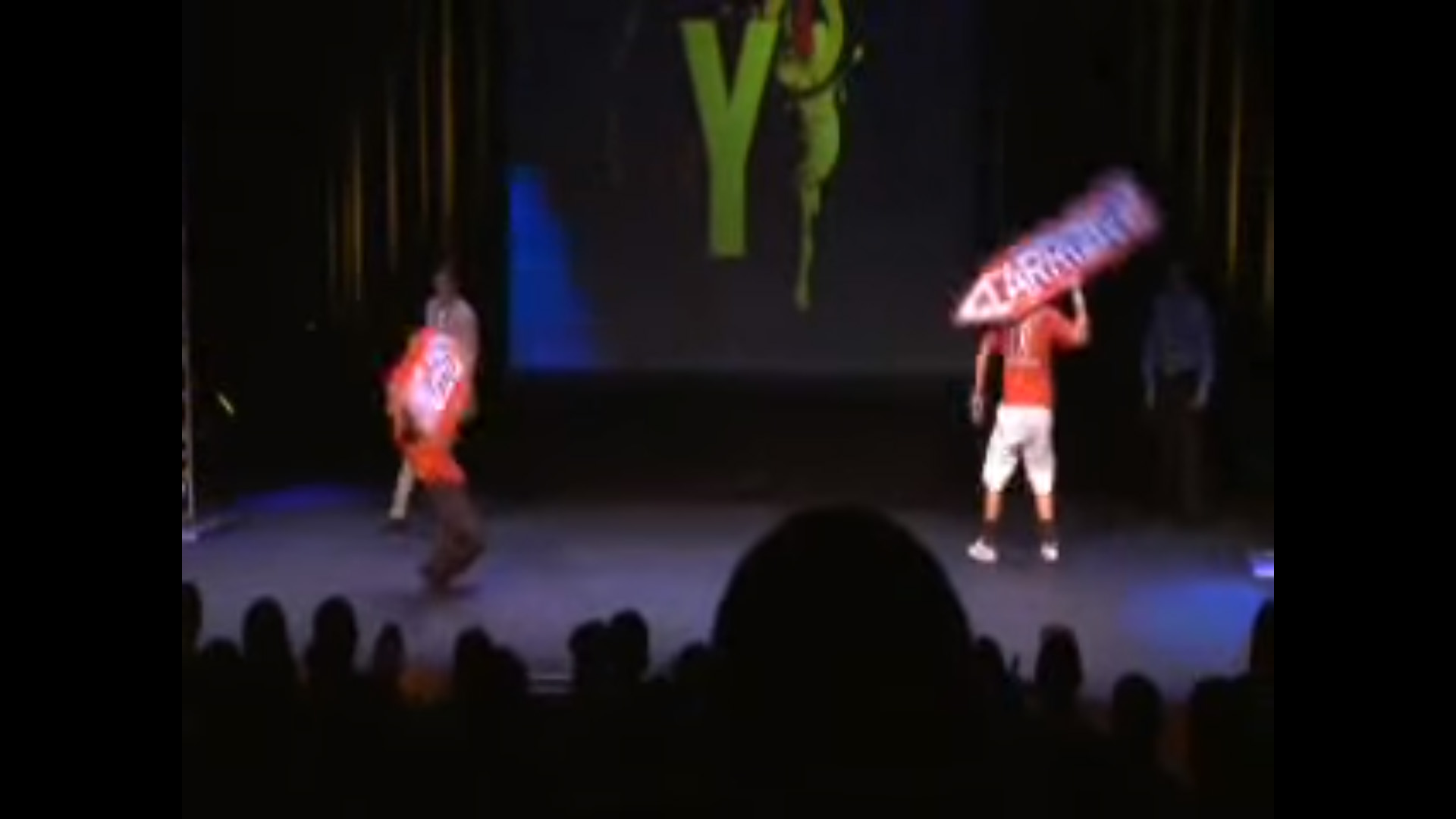 The sign spinner is no longer an obscure urban creature. Drive through any city and you’ll see one toting a pendant advertising a new apartment complex or a low-rate tax preparer: sign spinners are a specific type of person. They’re all over Los Angeles too, from Echo Park to Miracle Mile to Baldwin Hills: you can find a sign spinner in any part of town. They’ve become such a popular form of advertising that automatons have popped up on street corners lifelessly twirling signs, cheaply imitating their work.

It’s a fascinating world. It’s one that local director and editor Danny Corey was drawn into by way of a man named Justin Brown. Brown is the “self-proclaimed Godfather of the Sign Spinning Trick-tionary” and can be seen around town doing his work in front of notable places like the La Brea and Melrose Jiffy Lube. He’s passionate about his work and he—and his culture—is absolutely fascinating. Corey felt the same way and made a very special, very well executed documentary about Brown and his craft.

Firstly: Brown is an excellent spinner. He’s the type of guy that really does distract you from driving or steals your attention during your bus ride: he very effectively points you toward a business with his advertising. He also teaches his craft and helps educate new spinners for Arrow Ads. He’s gotten to travel to Europe to share his work and meets all sorts of people, educating them in his line of work or interacting with passersby he is advertising to. His whole story is both fascinating and bizarre: it is perfect material for a documentary.

The other big part of the documentary—Which Corey titled SIGNS of LIFE.—is that sign spinning is depicted and explained as a sport. It’s used for advertising, yes, but it is an athletic activity that infuses everything from martial arts to dance. During a scene from Las Vegas for the World Sign Spinning Championship, you see how many fucking amazingly talented spinners there are. As Brown explains, people from all over the world come to participate: it really is a sport.

The film reminds of obscure art form or talent documentaries like Make Believe and King Of Kong and Spellbound. You find yourself engulfed in this story and really do want more. It wouldn’t be surprising at all if someone had Corey expand this work into a feature length project, following talented spinners from all over the world with Brown as the uniting factor. You can catch the documentary below and you certainly should keep an eye out for Justin spinning as you travel through town.

Source : I Am Yours